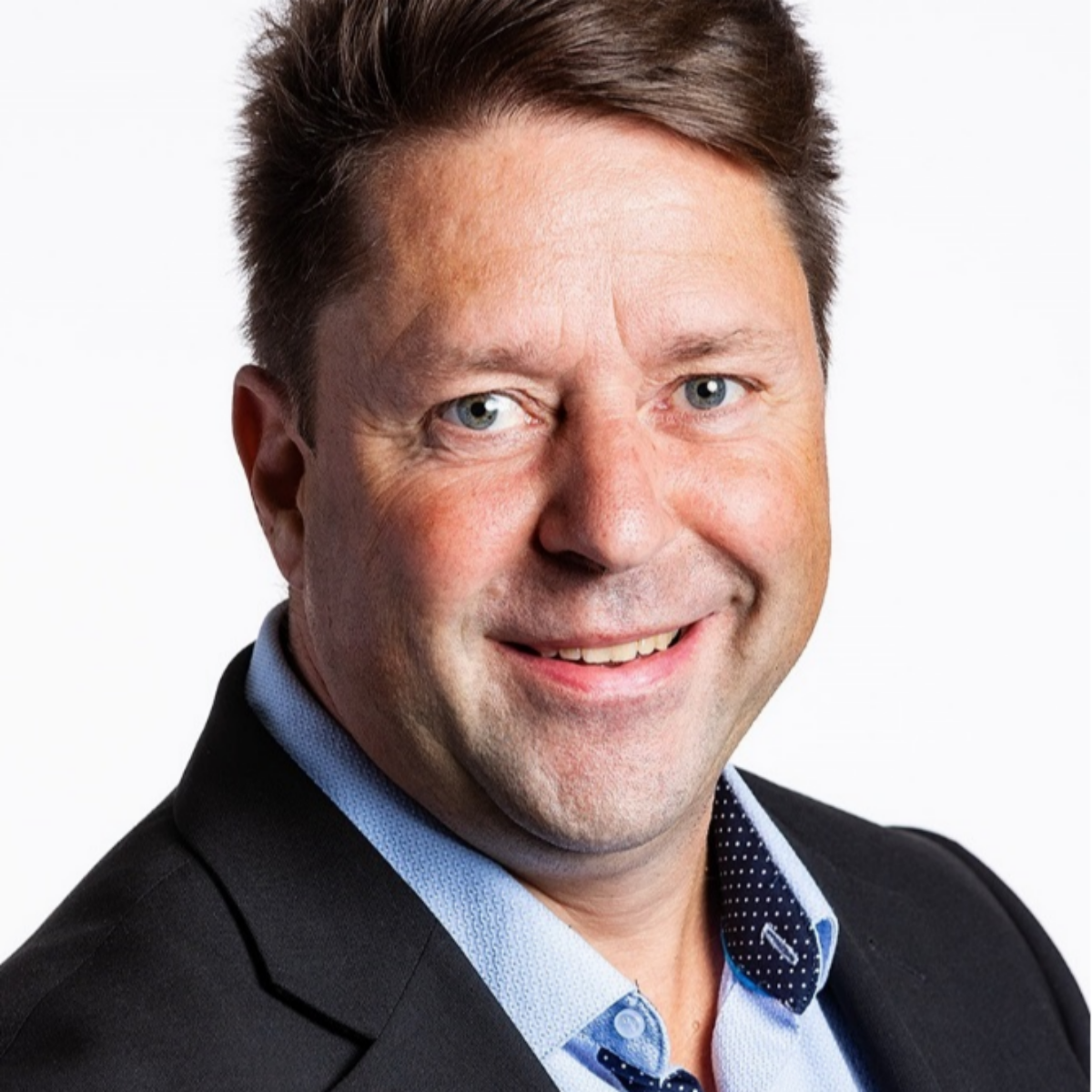 Keynote Speech 1
6G Flagship Perspectives on the Road Ahead


Prof. Matti Latva-Aho
Director of EU 6G Flagship Project, Univ. of Oulu
Abstract:
The second phase of 6G Flagship started at the beginning of May. The next four years will be the most intensive in 6G research. At the time of ending the programme in mid-2026, 6G standardization can be expected to be progressing at full speed. Until then, we need to investigate all possible alternatives making 6G possible. Although it isn’t clear at all yet what will eventually make 6G a reality, the global research community has made significant steps forward since we started in 2018. Our seminal work on identifying key research challenges and directions in the 6G White Papers series is still valid. More open questions still remain rather than mature answers. In this talk, the key visions of 6G Flagship will be highlighted as well as the research directions chosen for the next four years.
Biography:
Matti Latva-aho received the M.Sc., Lic.Tech. and Dr. Tech (Hons.) degrees in Electrical Engineering from the University of Oulu, Finland in 1992, 1996 and 1998, respectively. From 1992 to 1993, he was a Research Engineer at Nokia Mobile Phones, Oulu, Finland after which he joined Centre for Wireless Communications (CWC) at the University of Oulu. Prof. Latva-aho was Director of CWC during the years 1998-2006 and Head of Department for Communication Engineering until August 2014. Currently he is professor at the University of Oulu on wireless communications and Director for National 6G Flagship Programme. He is also a Global Fellow with Tokyo University. His research interests are related to mobile broadband communication systems and currently his group focuses on 6G systems research. Prof. Latva-aho has published over 500 conference or journal papers in the field of wireless communications. He received Nokia Foundation Award in 2015 for his achievements in mobile communications research. 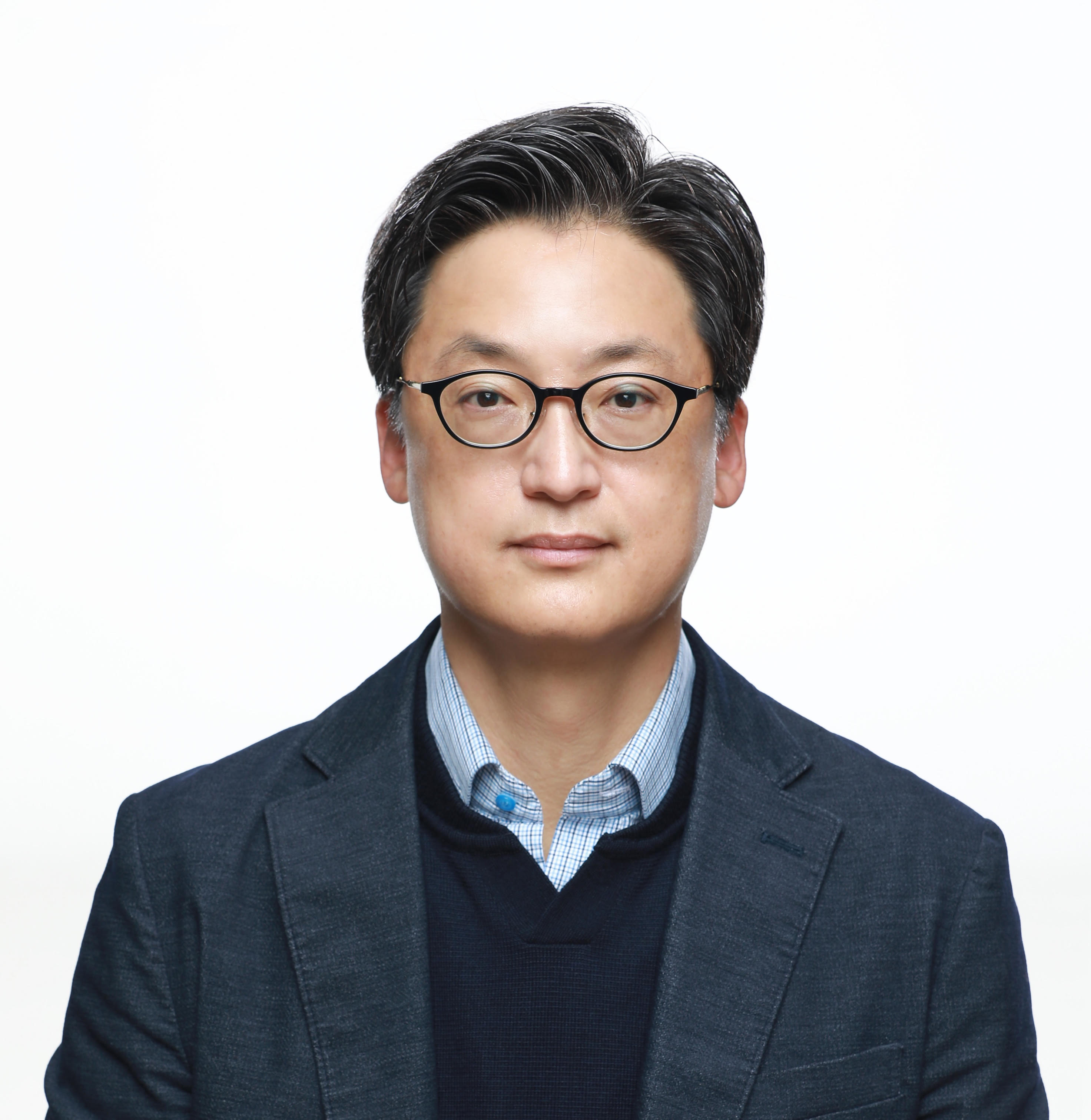 
Dr. Sunghyun Choi
Executive Vice President, Samsung Research, Samsung Electronics
Abstract:
Since the first commercial launch in 2019, 5G has grown to be the core infrastructure for a wide range of industries. It is used to support everything from high-quality communication to smart factories, vehicle-to-vehicle communication, and a whole raft of other new services.

Future communication networks will require not only more powerful network equipment with vast amounts of information processing but also softwarization of communication technologies to make equipment flexible with lower costs.

To overcome current technical challenges, strengthening the function of software and developing AI will be a top priority, and furthermore research activities are essential to build 6G, the next-generation communication system, in both academia and industry.

In this talk, I will discuss various aspects such as megatrends, services, requirements, candidate technologies towards 6G as a next-generation coㅡmunication system along with the current developments status within Samsung.
Biography:
Sunghyun Choi is an Executive Vice President and Head of the Advanced Communications Research Center at Samsung Research, Samsung Electronics, Seoul, Korea.

He was a professor at the Department of Electrical and Computer Engineering, Seoul National University (SNU), Seoul, Korea from Sept. 2002 to Aug. 2019, and served as a Vice Dean for Academic Affairs, College of Engineering during the last two years at SNU.

He co-authored over 250 technical papers and held over 160 patents, and numerous patents pending. He has served as a Program Committee Co-Chair of IEEE WCNC 2020, IEEE DySPAN 2018, ACM Multimedia 2007, and IEEE WoWMoM 2007. He has served as an editor of numerous publications including IEEE Transactions on Wireless Communications, IEEE Transactions on Mobile Computing, and IEEE Wireless Communications Magazine. He was named IEEE fellow in 2014. 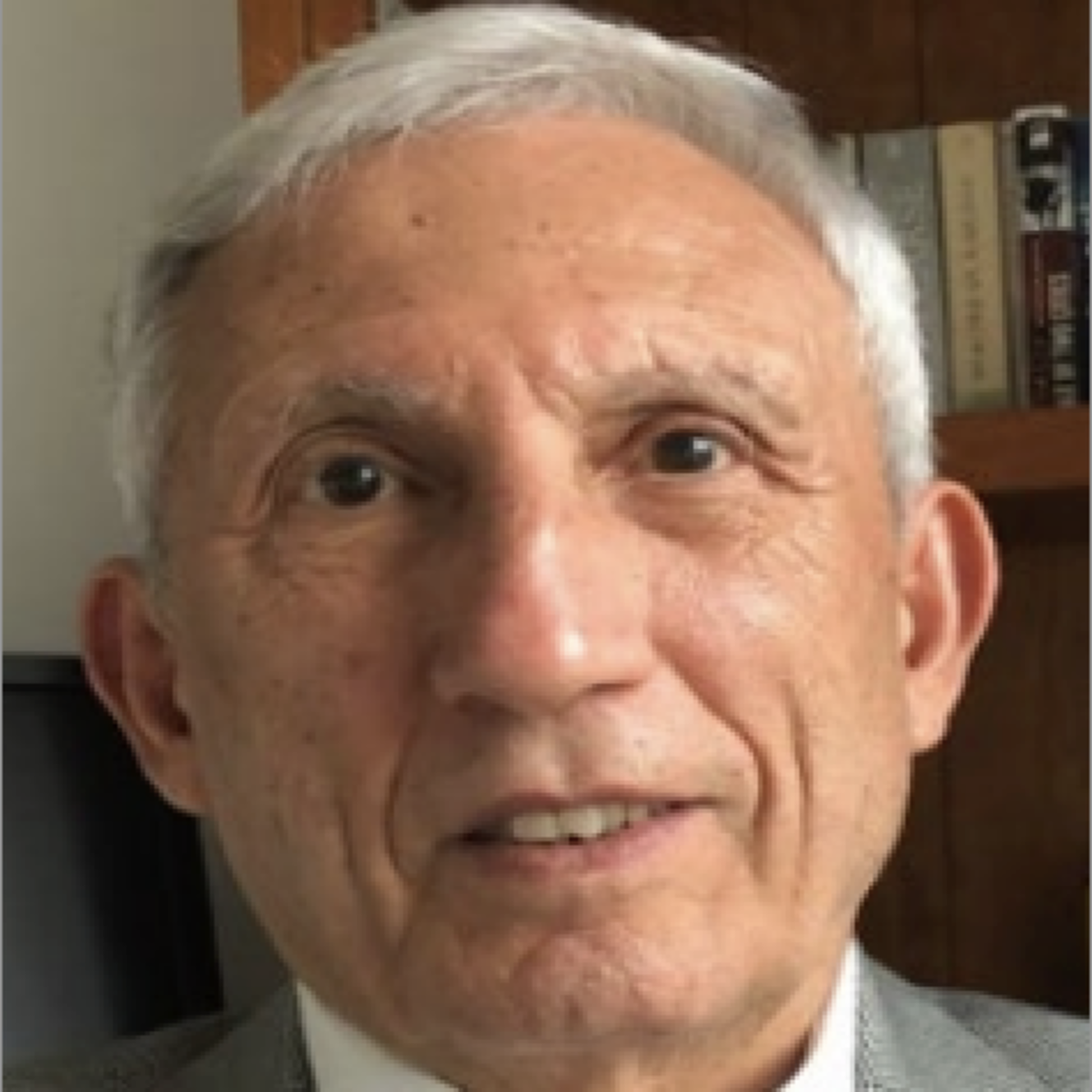 
Prof. Adnan Al-Anbuky
Auckland Univ. of Technology (AUT) New Zealand
Abstract:
The progress made within the technologies around wireless sensor Networks (WSN) and IoT has extended the offerings and capabilities of stationary and mobile WSN. Areas of network softwarization, dynamic reorchestration, virtualization & digital twins, delay tolerance, and opportunistic connectivity, to name few, have made their way towards WSN, IoT, IIoT and cyber physical systems. In effect the harmonic interaction between the dynamics of the physical environment and that of WSN has become more realisable. The main challenges remain are the intelligent utilization of these backup technologies, the reaction-time constrains when it comes to interaction with the processes that experience rapid or critical dynamics such as vehicular or tactile networks, and fluidity of data flow when it comes to network connectivity or possible rupture in network organization. Development of intelligence around the manoeuvres in utilizing the available resources significantly help in easing out the challenges. This talk will discuss life examples extracted from AUT SeNSe lab on software defined wireless and mobile sensor network organizations and possible scenarios for smart mitigating of the challenges. Number of use cases such as vehicular networks, UAV-based data collection, and Precision-health related to human movement tracking are discussed. Smart and timely interaction with the physical environment together with software definition should facilitate the fluency in network topological re-orchestration and hence smooth the path towards the data flow.
Biography:
Dr Adnan Al-Anbuky holds a PhD degree from the University of Manchester/UK and is currently a full Professor at Auckland University of Technology (AUT) New Zealand. Adnan has assumed various academic and administrative roles at AUT, University of Canterbury, Yarmouk University, and Baghdad University of Technology. He also spent significant time with Industry for taking the research outcome into commercialization. The latter is manifested through his work with SWICHTEC NZ, Plant and Food, SCION and others. Adnan is a member of the editorial board of number of international journals and scientific groups. He is actively contributing to the organization and operation of numerous local and international events and conferences like APCC, ATNAC, ITNAC, and PICOM. He has delivered number of keynote-talks and has numerous conference and journal peer reviewed publications. He has examined a good number of PhD theses. He has been invited as a visiting professor for number of international research institutes and universities. He has also been consulted as a reviewer for number of international funding bodies like New Zealand MBIE, Netherland NOW, Korean Scientific funding authority and Austria FWF. 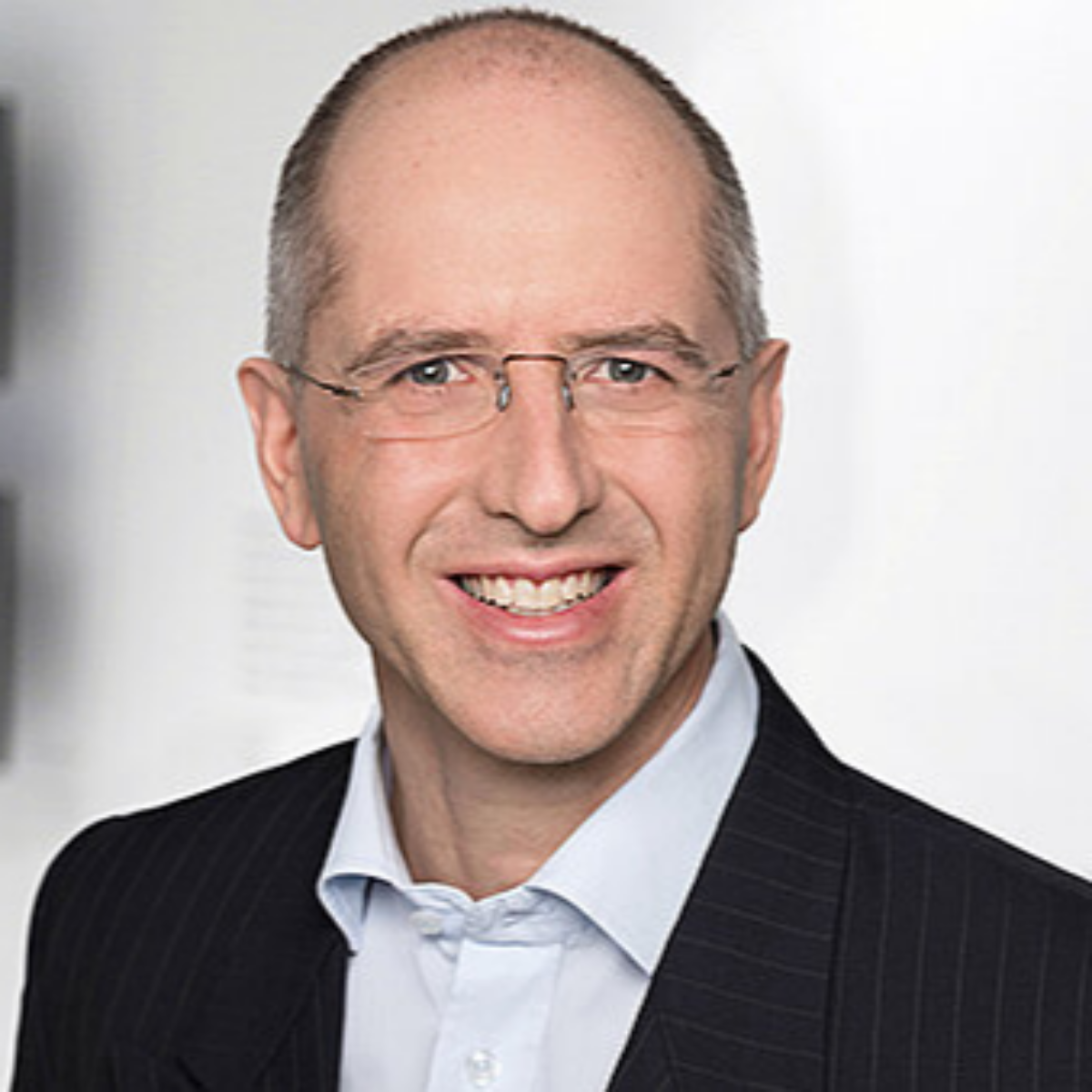 
Dr. Thomas Haustein
Head Wireless communications and Networks Fraunhofer Heinrich-Hertz-Institute
Abstract:
5G is currently deployed and optimized from coverage to performance and first experiences in new vertical sectors are emerging. In that context the global effort in R&D and standardization has taken up 6G as the next generation to be envisioned and shaped. Therefore, a multitude of 6G programs and projects has been kicked off world-wide to actively focus on the societal, economic, environmental, and technological needs for 6G. The talk will provide a snapshot about selected 6G research activities in Germany.
Biography:
Thomas Haustein received the Dr.-Ing. (Ph.D.) degree in mobile communications from the University of Technology Berlin, Germany, in 2006. In 1997, he was with the Fraunhofer Institute for Telecommunications, Heinrich Hertz Institute (HHI), Berlin, where he worked on wireless infrared systems and radio communications with multiple antennas and OFDM. He focused on real-time algorithms for baseband processing and advanced multiuser resource allocation. From 2006 till 2008, he was with Nokia Siemens Networks, where he conducted research for 4G. Since 2009 he is heading the Wireless Communications Department at Fraunhofer HHI focussing on 5G and Industrial Wireless. Since 2015 he is actively participating in 3GPP standardization advocating technology contributions for full duplex, millimeter wave communication and new use cases like Vehicular Communications and Industry 4.0. He has published more than 50 papers in scientific journals and conferences and holds more than 100 patents. 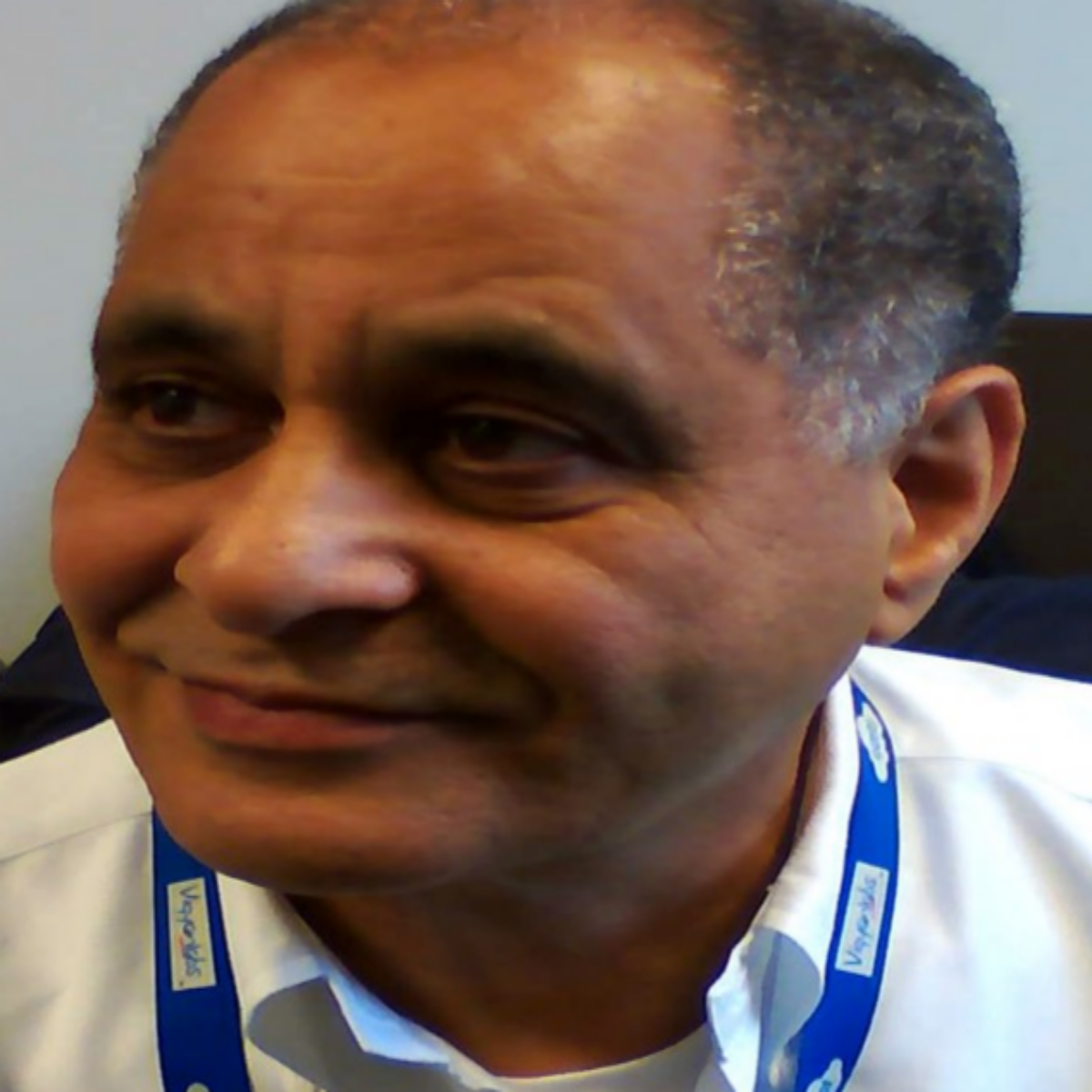 
Dr. Abdella Battou
Division Chief, NIST
Abstract:
The talk will review optical node architectures currently in use in transport networks and propose ways to integrate quantum capabilities. It will also describe some of the work in control, management, and measurement plane work currently underway at NIST.
Biography:
Abdella Battou is the Division Chief of the Smart Connected Systems Division, within The Communication Technology Lab at NIST. He also leads the Cloud Computing Program.
From 2012 to 2021 he served as the Division Chief of the Advanced Network Technologies Division with the Information Technology Lab.

From 2009 to 2012, before joining NIST in December 2012, Abdella served as the Executive Director of The Mid-Atlantic Crossroads (MAX) GigaPop founded by The University Of Maryland, The George Washington University, The Georgetown University and The Virginia Polytechnic Institute.

From 2000 to 2009, he was Chief Technology Officer, and Vice President of Research and Development for Lambda OpticalSystems, where he was responsible for overseeing the company's system architectures, hardware design and software development teams.

Additionally, he served as senior research scientist for the Naval Research Laboratory's high speed networking group, Center for Computational Sciences from 1992 to 2000.

Dr. Battou holds a PhD and MSEE in Electrical Engineering, and MA in Mathematics all from the Catholic University of America. 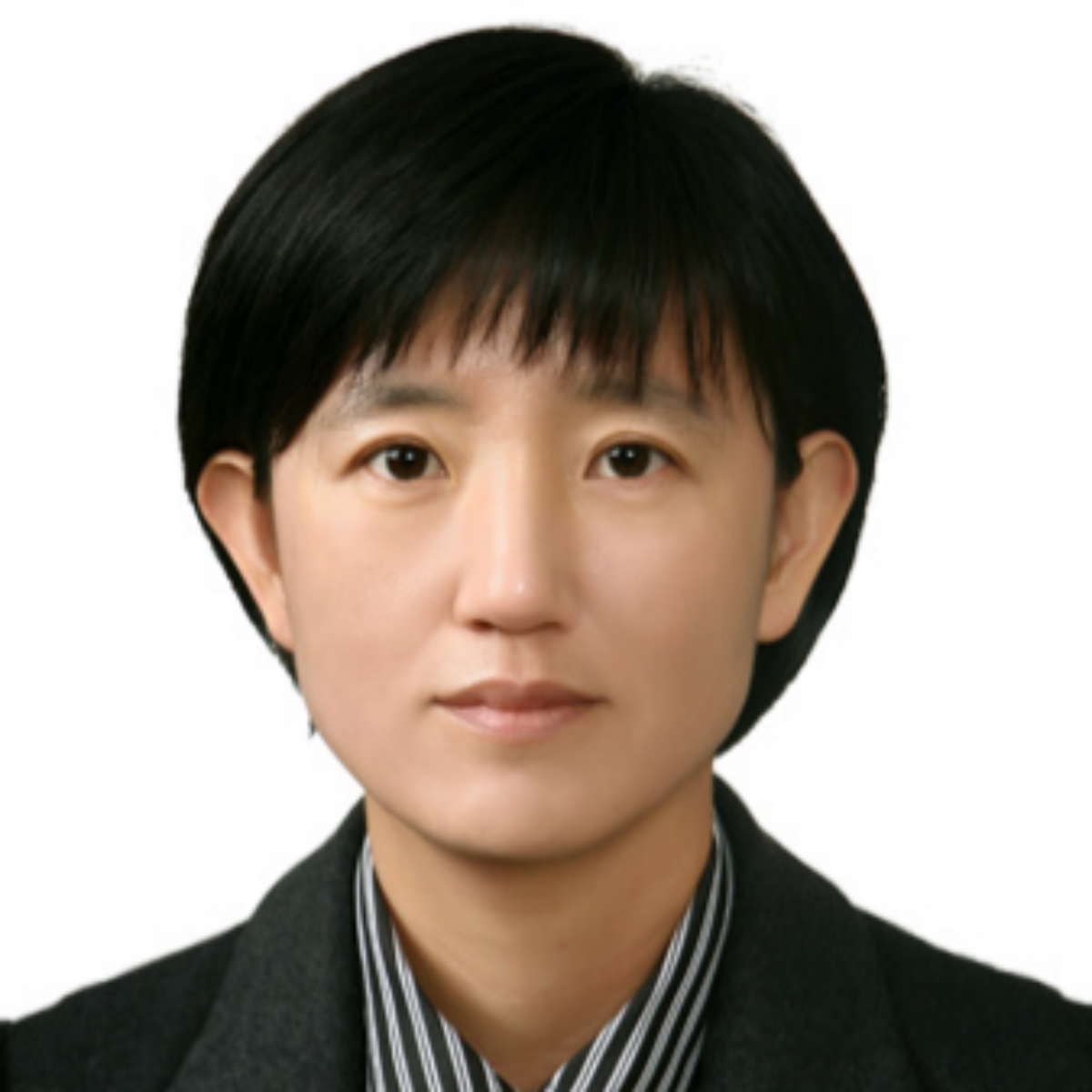 
Ms. Sunme Kim
Assistant Vice President, ETRI
Abstract:
The network architecture is becoming completely dualized into a high-speed, low-latency physical delivery layer based on openness/standardization and a flexible software control and management layer in cloud-native environment. The delivery layer is developing into a network with optical-based ultra-fast/large capacity, packet-based low latency, and programmability, and cloud native control and management software is being microservices and distributed optimally, and is developing in the direction of full automation through cooperation between multi-layer artificial intelligence technologies.
Just as the history of communication has upgraded the level of services step by step with the advent of TDX, mobile communication, and smartphones, it seems that the time for another stage of upgrade has arrived.
It is predicted that the level of communication service in our daily lives will be upgraded by enabling the development and rapid universalization of new digital services in the future virtual-reality convergence by providing service-native full-stack networking.
Biography:
Sunme Kim is the Assistant Vice President and a principal researcher of Electronics and Telecommunication Research Institute (ETRI) for 21 years. She received the M.S. degree at Pohang University of Science and Technology, Department of Computer Science, in 1993. Her research focuses on network architecture, network protocols, network software and systems.